In reviewing the transcript of the President’s speech before AARP, there was one dubious statement we overlooked, and it’s this: “A new study says that under their [premium support] plan, if just 5 percent of seniors switch to private plans, 40 percent of doctors who currently take Medicare would stop accepting it.  So think about that.  Millions of seniors would be forced to change doctors.”  As one might expect, there are several problems with this statement: 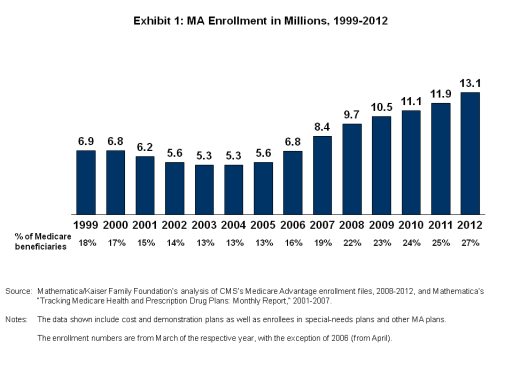 Peter Orszag has made ludicrous claims before.  He previously said that Obamacare’s CLASS act would be “on a firm financial footing of its own,” only to watch as the program collapsed even before it began.  Given the evidence above, his claims about physician access appear as logical as his claims about the CLASS Act, and should be taken just as seriously.